The Moaning Of Life 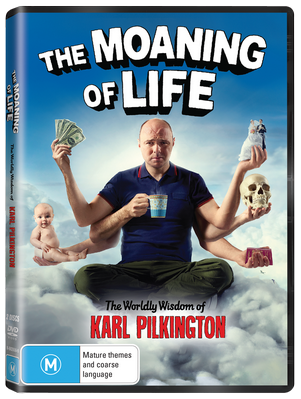 'Now he’s turned 40 and has officially hit middle age, it’s time for Karl Pilkington to reassess his life. In this funny and entertaining new series, Karl embarks on a trip around the globe to find out how other cultures approach marriage, kids, finding happiness, discovering your vocation and dealing with death, while imparting his own words of wisdom about life along the way.'

Karl Pilkington would have to be one of the funniest Brit's I've ever seen before, and this series shows you just why that is. In this truly entertaining 5-part series, Karl travels around the world in order to find out how people, basically, live their lives.

Each of the episodes focuses on a different major event in your life. There's marriage, happiness, kids, vocation & money, and lastly, death (the most interesting of them all). Throughout his journey, Karl experiences everything from a drive-through wedding chappel in Las Vegas, to a rather disturbing pain party in Mexico, while even finding the time to help midwives deliver a baby in Bali as he attempts to figure out 'what it's all about'.

My favourite and the most interesting of all is the 'Death' episode. Karl has never even attended a funeral, let alone given much thought to death, so he sets out to see how other cultures handle death in the hope that it can help him prepare for the end of life. Finding the theme of British funerals depressing, he makes his first stop in Ghana. While there, he shops for a "crazy coffin" – a coffin custom-made in any shape the buyer wants (anyone for a Twix chocolate bar coffin?!) – attends a funeral for the first time in his life, helps a mortician prepare a body for display to relatives, and attends a funeral parade the following day which has a carnival-like atmosphere. He moves on to Taiwan, where a professional mourner teaches him how to cry and deal with grief. In the Philippines, he visits a community in which people live and work with the dead and witnesses an unusual alternative to burial on the side of a cliff. He ends his exploration of death back in the United Kingdom, where he arranges an unusual funeral.

Also included are some deleted scenes and an interview with Boyd Hilton but really, they're not really needed when you've got 5 x 45min episodes of captivating television. If you liked Karl's antics, moaning and humour on An Idiot Abroad, then you are sure to love this new series. I cannot wait to see what Karl has for us in store next...

★★★★☆
The Moaning Of Life can be purchased on DVD NOW! 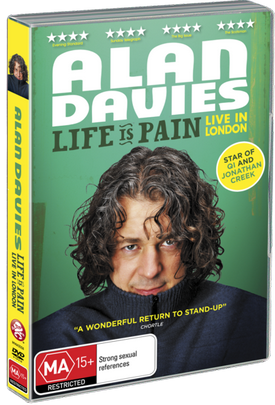