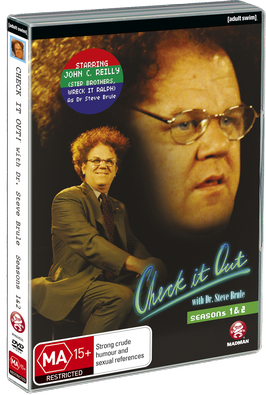 'Produced by John C. Reilly and Absolutely Productions, Check It Out Season 1 and 2 includes all 12 episodes that parody a local market’s newsmagazine show starring Oscar-nominee John C. Reilly as Dr. Steve Brule. With each episode our host Dr. Brule introduces his audience to local celebrities and interesting things around town as well as providing health and lifestyle tips. Want to understand the important things in life? Let's Check it Out!'

After falling in love with the hit [adult swim] series Tim & Eric's Awesome Show, Great Job! I just had to check out it's hgihly acclaimed spin-off series, Check It Out with Dr Steve Brule. Boy am I happy I did, it's almost as awesome as T&E itself!

Academy Award nominee John C. Reilly, star of Walk Hard and Wreck It Ralph, is simply hilarious as his dingus character of Dr Steve Brule. Aired on the fictitious Channel 5 network, Check It Out airs at the primetime slot of 4.30am (in the morning), assumedly to a massive audience of shift workers, just before 'Mass For Shut-Ins' and at 6.00am 'The Married News Team' featuring Jan & Wayne Skyler (played by creators Tim & Eric from the Awesome Show).

With each episode we get to see the local community calender, with some great upcomming events including (my favourite) 'Curbside Urine Jar Pickups...please keep urine jars sealed!'. We soon launch into the show with Dr Brule sitting in a dark studio, enlightening us with a hilarious quote. The amazing theme tune then PLAYS, easily one of the best themes I've heard (some clever YouTube commentator even said 'This theme can cure cancer'...so true!).

The show then begins to follow Dr Brule as he examines (or "checks out") different facets of living. His severe naïveté and social awkwardness generally land him in embarrassing situations, though he largely remains ignorant. His mispronunciations are a staple of the show (for example, mispronouncing the name of nutritionist Dr. Johnny Boden both as "Dr. Jimmy Brungus" and "Dr. Jungy Brogan").

I think co-creator Tim Heidedecker says it best in his own decription of the show:

'...a show that genuinely feels like this guy made it himself. It's as if it's 4:30 in the morning he had snuck into the studio to make this show without getting permission. It's bare bones. Lots of technical problems. Just a mess. The whole thing is a big mess. A big beautiful mess.'

One downside to this DVD release is there is simply not enough...two seasons with only 6 x 10min episodes each? There needs to be more! Rumours are circulating the internet regarding a third series...I just pray that this is true!

Packed with some great special features in deleted and extended scenes, this great DVD is for anyone who loves awkward comedy! If you liked T&E's Awesome Show, or their live tour around Australia late 2012, then you to will enjoy this great series.

I've only got one thing left to say and that's, CHECK IT OUT! 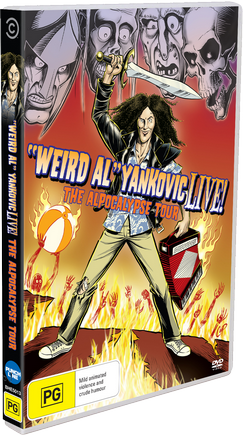 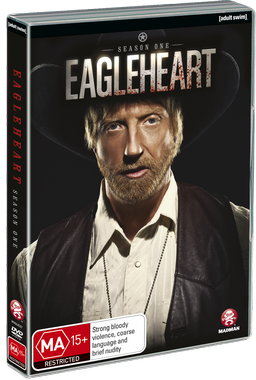 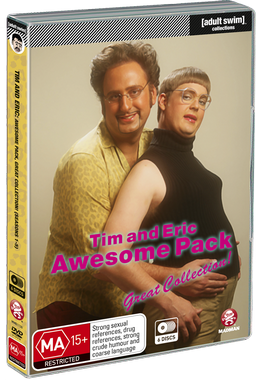 Published by in DVD Reviews · 3/7/2013 14:50:00
DVD Review for Daria - The Complete Animated Series, distributed by Beyond Home Entertainment.
Read all » 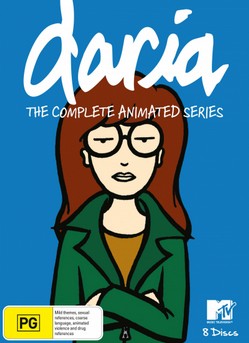