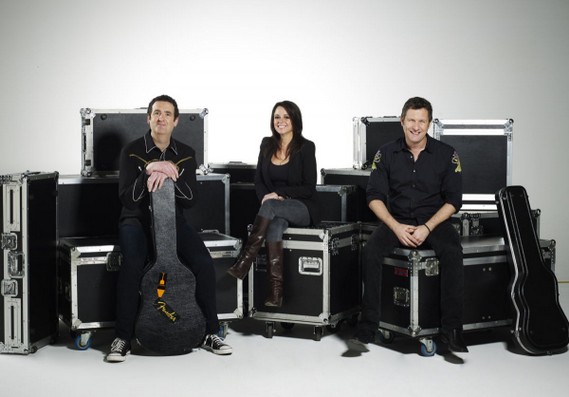 Hands on buzzers, it’s time to play Spicks and Specks! ABC is  thrilled to announce that Australia’s favourite music quiz show is coming back for a one off, one night, hour special. Kicking off ABC’s Ausmusic Month in November, Adam Hills, Myf Warhurst and Alan Brough are gearing up to celebrate Australian music as only they know how; with returning old favourite games, some new surprises, and of course plenty of laughs.
Our team captains will be joined by award-winning rapper Adam Briggs, singer, songwriter Ricki-Lee Coulter and comedians Frank Woodley and Denise Scott. Dropping in on the night will be a fantastic line-up of Australia’s music greats, both past and present. They’ll all play along, put their music knowledge to the test, share their anecdotes and perform live. With our favourite comedians also joining in, the Spicks and Specks Reunion Special promises to be an unforgettable night of music and madness.
The Spicks and Specks Reunion Special will screen as part of ABC’s annual Ausmusic Month in November. For the month of November, ABC celebrates and embraces Australian music across all its platforms with special initiatives, live performances and programming, highlighting and paying tribute to the diverse, depth and variety of Australian music. Stay tuned for more Ausmusic Month highlights.
Production Credits: Spicks and Specks is an ABC TV Production. Executive Producers Nicholas Hayden and Anthony Watt.