Congratulations to our winners:
Alanah Shields, Kim Louise, Natalia Frisby, Geoff Ladbury, Sharon Coleman
Please check your e-mail inbox for further details on claiming your prize. Thanks all once again! 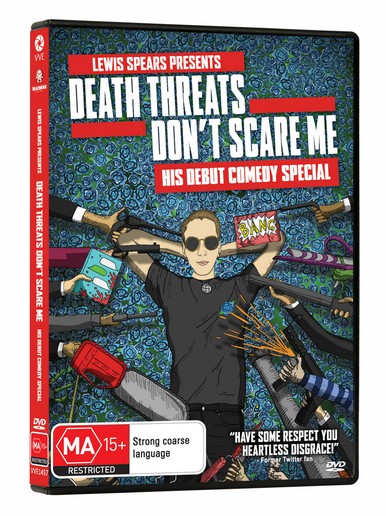 Thanks to the team at Via Vision, we are pleased to be giving you the chance to win a copy of Lewis Spears' debut comedy special, Death Threats Don't Scare Me on DVD. You can win:

Recorded  live from his hometown in Melbourne, 23 year old Lewis Spears proves  why he is one of the fastest rising young stars in Australian comedy.

If you can handle jokes about tsunamis, drugs and sex with amputee lesbians, buy this DVD. But  before you do, Lewis asks just one question of his audience… “Did you  guys hear about the accident that happened at Dreamworld?"