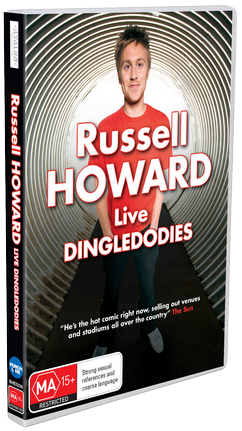 'Russell's first DVD was one of the best selling stand-up titles of 2008. You are now holding the follow-up Russell Howard Live Dingledodies in your hand. What you are doing with your other hand is your business.'

The Star of BBC2's Mock The Week and his own show on BBC6 Music, Russell Howard is also one of Britain's most exciting and popular stand-up comedians. Nominated for some of the world's most prestigious comedy awards for his live shows, Russell's tireless energy and joyful command of his craft make him an unfairly entertaining stand-up who can find comic gold in any situation.

Recorded at Brighton Dome as part of his twice-extended sell-out Dingledodies tour (which played to over 125,000 people), the show sees the star of Mock the Week (BBC Two) and Russell Howard's Good News (BBC Three) back on stage at his best.

Packed with his trademark mix of eloquent gags and deft storytelling, this is the new must-have DVD from one of the hottest names in stand-up.

★★★☆☆
Russell Howard - Dingledodies can be purchased on DVD NOW! 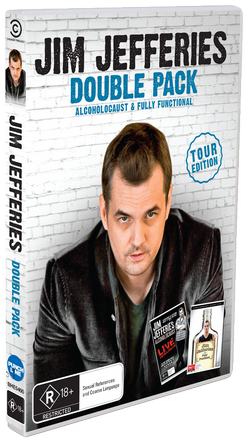